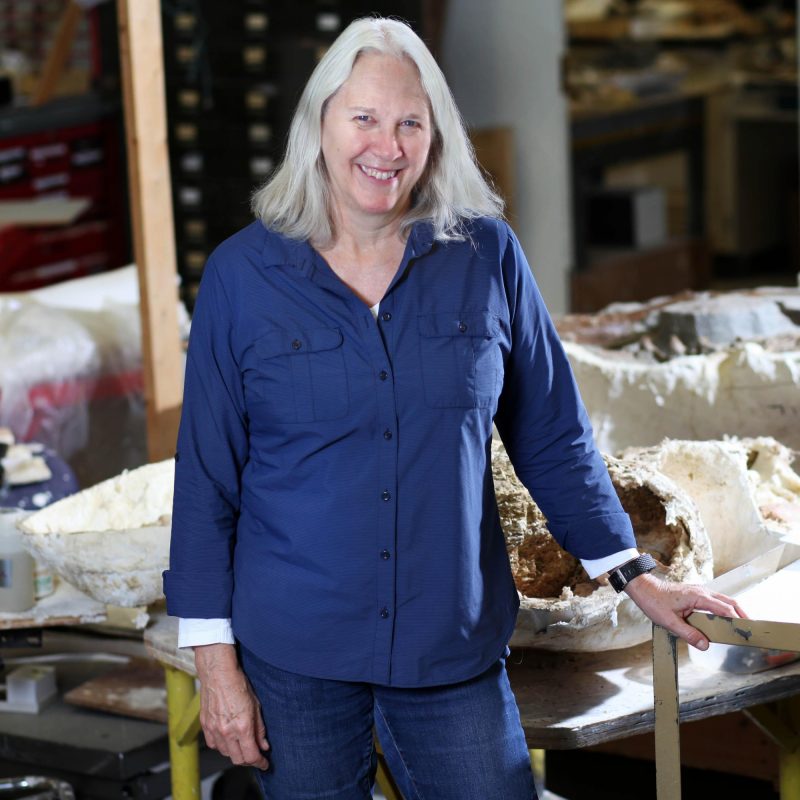 Carrie grew up in Bozeman and is a graduate of Montana State University, where she studied anthropology and archaeology. Carrie started volunteering in the fossil preparation lab at Museum of the Rockies in 1983 and was hired full-time as the senior preparator of paleontology in 1986. Working with Jack Horner and Pat Leiggi, Carrie became part of the original team that built the Department of Paleontology to international acclaim.

Carrie has prepared a large percentage of the fossils on exhibit and in the paleontology research collections at the MOR. She has been involved with the development of many dinosaur exhibits in the Siebel Dinosaur Complex. She is a member of the team that creates traveling exhibitions that tour throughout the U.S. and Asia. Her technical knowledge in both the field and laboratory is extraordinary. She has trained many students and volunteers for more than 30 years. Several of them have benefitted from her expertise and have found careers of their own in paleontological science.

Over the past several years, Carrie has worked with colleagues in Montana’s sister state of Kumamoto, Japan. She continues to teach paleontological preparation techniques to the technical staff at the Mifune Dinosaur Museum in Kumamoto. She is a founding member of the Kumamoto Montana Natural Science Museum Association. Carrie’s resourcefulness and dedication to MSU’s commitment to global community engagement are significant, and her peers recognize her as one of the top professionals in the science of paleontology.