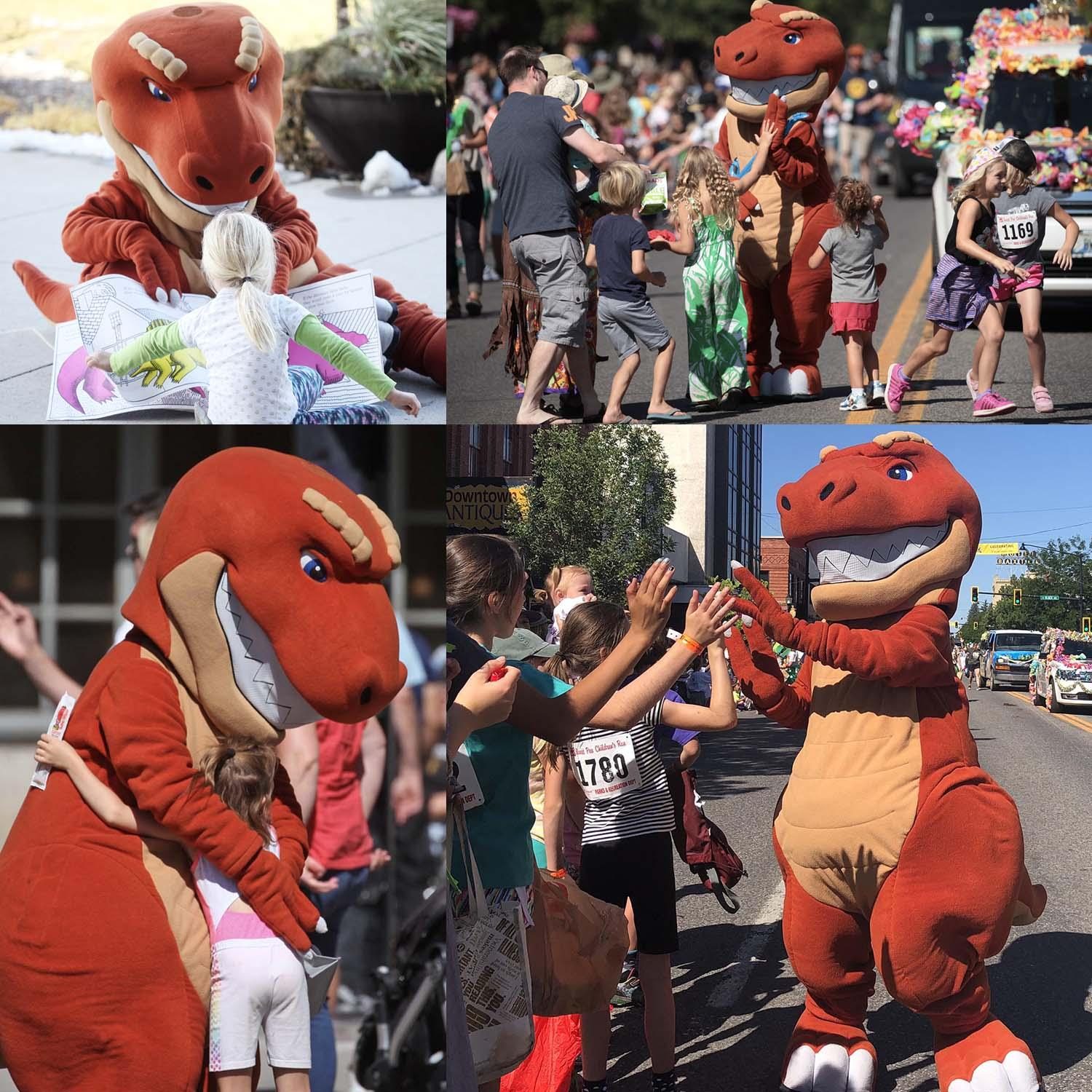 Rocky Rex, MOR’s famously friendly T.rex mascot, was discovered by MOR field paleontologists in November of 2012 as he was wandering alone in the badlands of Eastern Montana. Even though he was a T.rex, one of the biggest dinosaurs ever, he was a little scared and very, very lonely. Obviously, a T.rex needs friends, too!

After lots of TLC (and many requests by the field paleontologists who found him not to be eaten!), Rocky Rex decided to call Museum of the Rockies home!

We were thrilled to have him come live with us. And even more excited when we found out that not only was Rocky Rex a real sweetheart, but he also loved to be around people and especially children! More than anything, though, Rocky Rex likes to be hugged.

Since the day Rocky Rex became part of the MOR family, he’s danced at the Sweet Pea Parade, caught a football in the end zone at Montana State University's Bobcat Stadium, and visited classrooms throughout the Gallatin Valley. Rocky Rex has even used his pre-historic passport to travel to Japan where he visited one of MOR’s sister museums, the Mifune Dinosaur Museum in Kumamoto, and met their dinosaur mascot named Finemaru.

Rocky Rex has been a jubilant dinosaur here at MOR. He likes to play a lot, and he makes friends with everybody he meets. So if you happen to see him when you come to MOR for a visit, remember to give him a big hug. He likes that most of all.

In bringing Rocky Rex to life back in the summer of 2012, MOR’s design team created some basic looks for our new friend. Then, with the help of a Looney Times company, the design was modified to create today’s very engaging character. Even our paleontology department had a say in the final design to make sure our T.rex mascot was a realistic portrayal of a T.rex. In November of 2012, Museum of the Rockies launched a multi-media campaign to name our new mascot, and the MOR staff voted on all the entries - the winning name came from Tammy DeRieux of Anaconda, Montana. Rocky Rex made his first public debut at the 2012 Christmas Stroll in downtown Bozeman, where he had his picture taken with many admiring new fans.

At this time, Rocky Rex is not available for public appearances. When this changes, we will update this information. 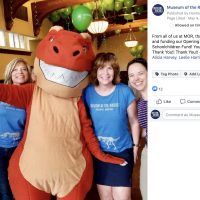 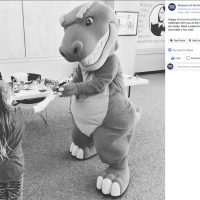 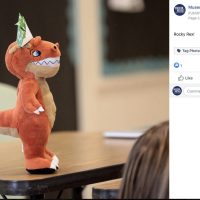 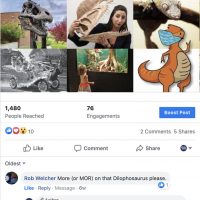