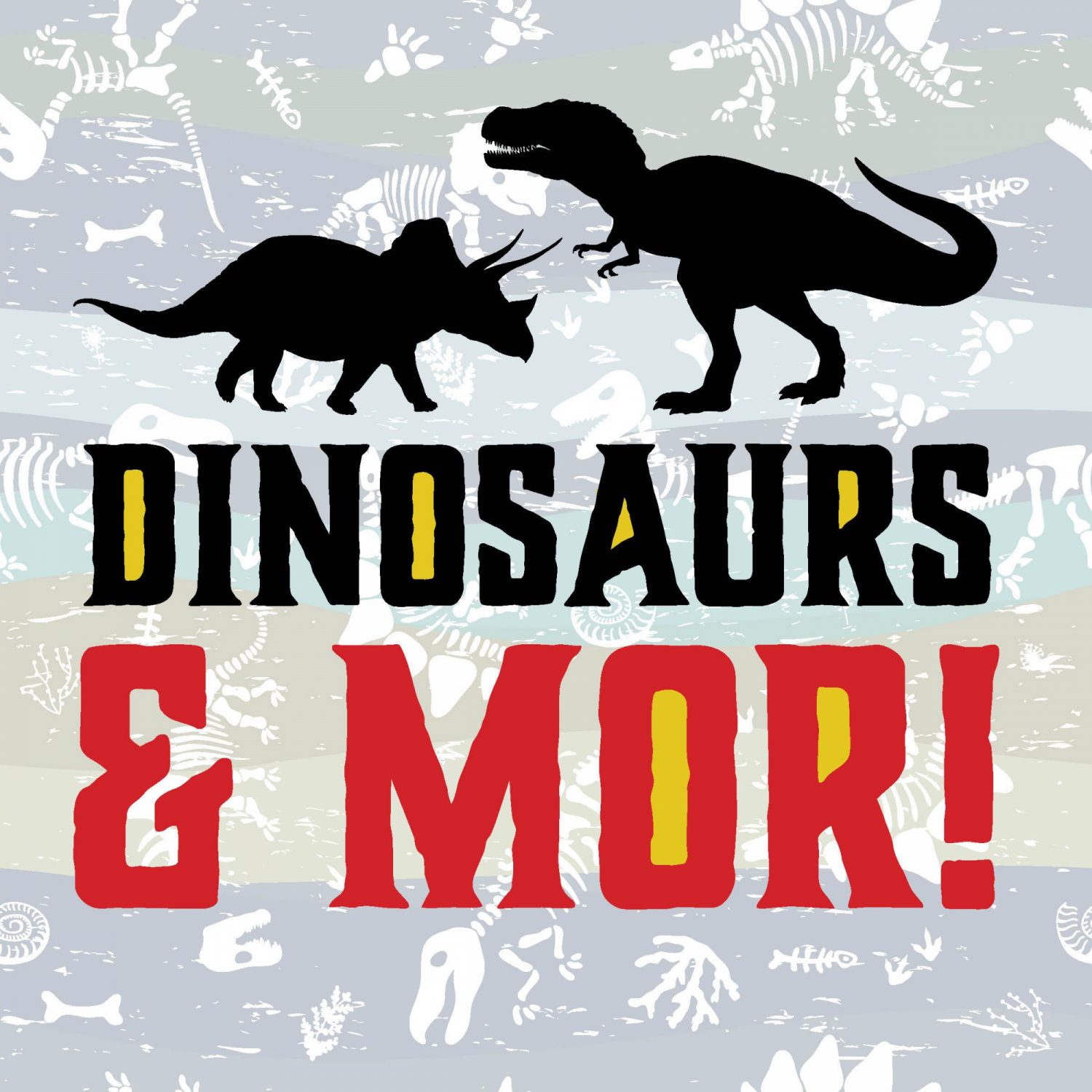 Join your friends at MOR for the inaugural Dinosaurs and MOR! event. Members will kick off the event on Friday, April 1, 2022, and the remaining programming commences on Saturday, April 2, 2022. This exciting new program celebrates the science of paleontology with family-friendly workshops, paleo-passport stations, and world-class paleontology presentations for general audiences. From dinosaur newbies to experienced scientists, there will be something for everyone at this unique event. Prices vary as there are numerous ways to participate.

The generous support of this program is made possible by Gerry Ohrstrom.

Enjoy a family-friendly members-only sneak preview of our new paleontology event, Dinosaurs and MOR! Experience paleo-passport and history activity stations throughout the museum. View Dinosaur Prophesy in the Taylor Planetarium at 5:30 and 6:30 p.m. Listen to a special address to the members by MOR's Executive Director Christopher Dobb and our John R. Horner Curator of Paleontology John Scannella, Ph.D., at 6:15 and 7:15 p.m. Support MOR by shopping in the Museum Store. Enjoy a specialty cookie and lemonade.

About Dinosaur Prophesy: Solve four cold cases from the Age of Dinosaurs! Long before dinosaurs' massive extinction 66 million years ago, many individual species disappeared. Visit dinosaur graveyards, study their bones, and reconstruct how these creatures lived and died to solve four famous cold cases from the age of the dinosaurs. Suitable for general audiences, grades 2-8.

Members-only Bonus! Many of Saturday's world-class paleontology guest speakers will be present to meet.

Enjoy access to MOR's Dinosaurs and MOR! events in the primary exhibit halls plus listen to numerous engaging lectures from world-class paleontologists.

9 a.m. – 5 p.m.
Please see below for the schedule and speaker line-up. The prices below include museum admission. It is recommended that all over the age of two (2) wear a face mask while attending these lectures.

Enjoy family-friendly paleo-passport stations in the Siebel Dinosaur Complex during this time. View Dinosaur Prophesy in the Taylor Planetarium.

10 a.m. – 4 p.m. | All Ages
Included with admission
Registration is not required

About Dinosaur Prophesy: Solve four cold cases from the Age of Dinosaurs! Long before dinosaurs' massive extinction 66 million years ago, many individual species disappeared. Visit dinosaur graveyards, study their bones, and reconstruct how these creatures lived and died to solve four famous cold cases from the age of the dinosaurs. Suitable for general audiences, grades 2 – 8.

Learn how to draw dinosaurs with expert paleoartist Ted Rechlin. Ted is the author and illustrator of graphic novel-style books including Jurassic, which won the silver medal for the graphic novel of the year from Foreword Reviews; and Sharks: A 400 Million Journey. Learn how to make your own dinosaurs come alive - on paper! Pre-registration required. All supplies provided. It is recommended that all over the age of two (2) wear a face mask while attending these workshops.

Museum admission is additional as the links below are only for the workshops.

April 2, 2022 SOLD OUT | Dinosaurs and MOR! Dinner with Keynote from Dr. John Scannella

Join us for dinner in MOR's Bair Lobby, celebrating the inaugural Dinosaurs and MOR! event with a keynote presentation from MOR's John R. Horner Curator of Paleontology John Scannella, Ph.D.

MOR than Monsters: Unearthing the Paleobiology of Dinosaurs
Since the mid-20th century, the prevailing view of dinosaurs has changed dramatically from giant sluggish beasts doomed to extinction to active, social, and complex creatures that gave rise to one of the most spectacular groups of animals alive today: the birds. Museum of the Rockies has played an integral role in discovering what dinosaurs were like as living animals. In this presentation, the John R. Horner Curator of Paleontology Dr. John Scannella will discuss past, present, and future exploration into the lives of these prehistoric creatures.

There will be three dinner entrée options to choose from Grilled Pork Porterhouse, Lemon Chicken, or Vegan Yellow Curry. Each entrée will include asparagus, fingerling potatoes, dinner roll, salad, water, lemonade, and a gourmet cookie.

2022 Dinosaurs and MOR!  All Access Lecture Schedule and Speaker Line-up

Upon arrival, registered attendees will be given a wristband and must show it for admittance into the Hager Auditorium. All over the age of two (2) must wear a face mask inside the Hagar Auditorium while attending the lectures.

The fossils found in the Bear Gulch Limestone are phenomenally well preserved. From coelacanths and sharks to worms and shrimp, plus a mysterious animal that is still unidentified - the Bear Gulch fauna provides an almost perfect snapshot of life in Montana roughly 320 million years ago.

While Tyrannosaurus and Triceratops may certainly be Montana's most famous dinosaurs, they are dwarfed by the giants that stomped around the prehistoric Treasure State. Though sauropods are probably not the first dinosaurs to come to mind when people are thinking about Montana paleontology, the state in fact has an incredibly rich sauropod record. From some of the northernmost, to MT's oldest dinos, some of the largest and smallest specimens, new species, as well as understanding dino diseases - come learn about the awesome sauropod record from Montana.

Discovered in 1979, Egg Mountain produced the first dinosaur eggs and egg clutches from North America. Recent excavations show this site to not only record dinosaur nesting but a diverse array of invertebrate and vertebrate activity. Soil arthropods, insects, lizards, mammals, and dinosaurs all interacted here within this exceptional window into terrestrial Cretaceous life.

After forty years of excavations, Museum of the Rockies houses the largest collection of Maiasaura duckbilled-dinosaur fossilized eggs, nestlings, and skeletons. Ongoing research since its initial discovery makes the life history of Maiasaura the most well-understood of any dinosaur to date, but there is still much MOR to learn about Montana’s state fossil.

Injuries in dinosaurs were common, and their bones often show evidence of healing. These pathologies are direct evidence of dinosaur behaviors. Hadrosaurs (duckbilled dinosaurs) injured their tails a lot - why? Come learn about the dangers of life in the Cretaceous.

Studies of coprolites (fossil feces) reveal that some plant-eating dinosaurs periodically ate small animals. They were omnivorous! This talk will describe the fossil evidence for this unexpected discovery.

We know that dinosaurs reproduced but exactly how remains a mystery. However, by using what we know about the living relatives most closely related to dinosaurs, we can determine when these ancient animals were reproducing, and how the chemistry of reproduction is similar to that of their descendants and very different from mammals today!

The Hell Creek Formation of Montana was once host to loud, murky swamps full of insects, vegetation, and birds. Learn how tree resin from bygone-bayous could change the way we view dinosaurs and their world.

4 – 4:30 p.m.
How the K/Pg Mass Extinction Killed off Dinosaurs and Opened the Way for Mammals
Professor of Biology Gregory P. Wilson Mantilla, Ph.D., of University of Washington and Curator of Paleontology at the Burke Museum

The mass extinction event at the end of the Cretaceous was one of the most pivotal events in Earth history. It wiped out all dinosaurs but birds and sparked the diversification of modern mammals. I will share with you decades of fieldwork in northeastern Montana that have led to arguably the most complete picture of this evolutionary turning point.

Bison (more commonly known as buffalo) are iconic denizens of North America, with populations numbering in the thousands despite having been nearly extinguished by humans over a century ago. Yet fossils of these popular animals continue to yield new and exciting information about their evolution and their critical importance in North American ecosystems. 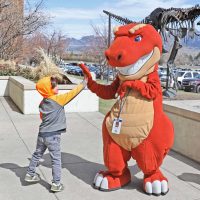 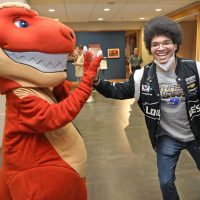 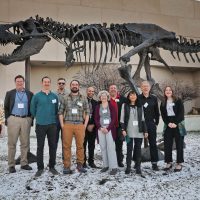 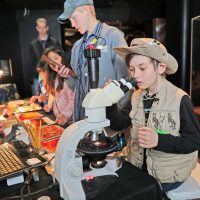 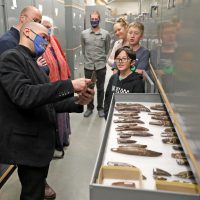 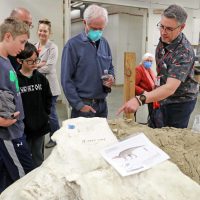 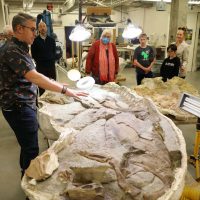 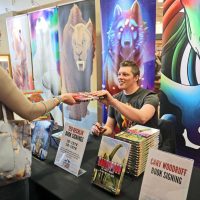 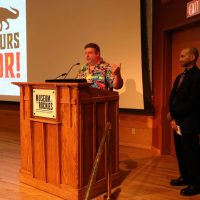 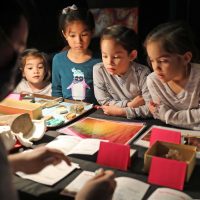 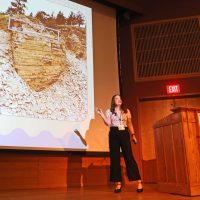 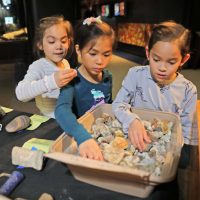 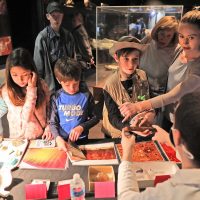 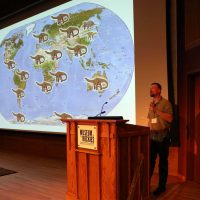 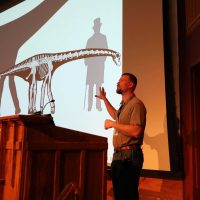 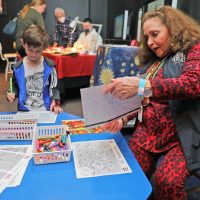 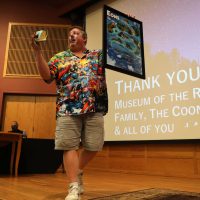 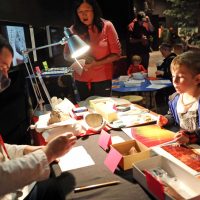 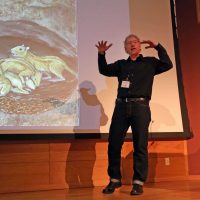 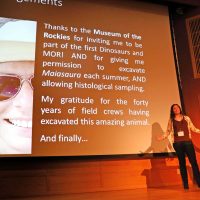 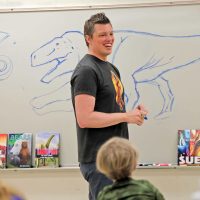 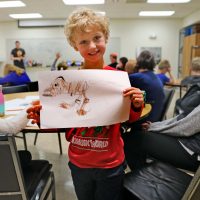 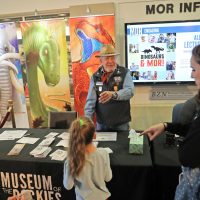