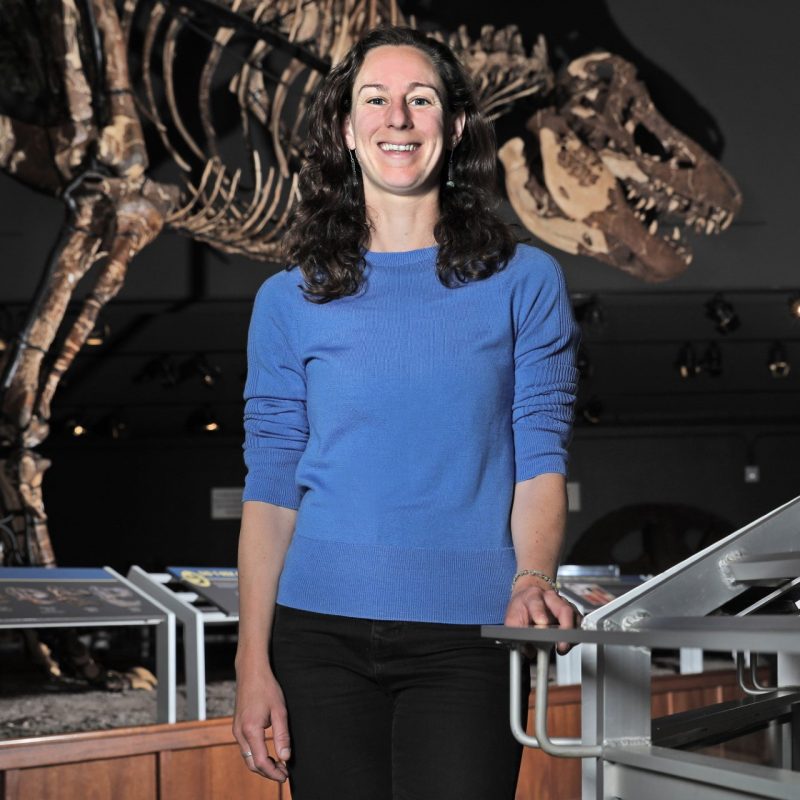 Cassi grew up spending lots of time outside with her family, running around trying to find cool stuff on the ground. These experiences truly shaped her interest in the natural world and led her to study geology at Colby College. While there, she spent time researching Permian-age paleosols from South Africa and their implications for understanding climate leading up to the Permian-Triassic extinction event. She went on to earn an M.S. from Penn State in 2012, focusing her research efforts on the systematics, paleoecology, and paleobiogeography of fossil Laurales leaves from an Eocene rainforest flora from Patagonia, Argentina.

Cassi then worked for the National Park Service doing paleontological field work, preparation, and education and outreach at Florissant Fossil Beds, Grand Canyon, Petrified Forest, Denali, and John Day Fossil Beds. This afforded her the amazing opportunity to work with a huge variety of fossil material and was instrumental in building her skills and experience as a preparator. Most recently, Cassi worked as a fossil preparator at Triebold Paleontology Inc.

She loves the process of taking a fossil from the field and turning it into a specimen that can be used for research to help grow our understanding of the earth’s past. She is committed to developing and improving effective lab methods to safely accomplish this goal. When Cassi is not cleaning up fossils in the lab, you can still find her outside running around, riding her bike, or playing on skis.