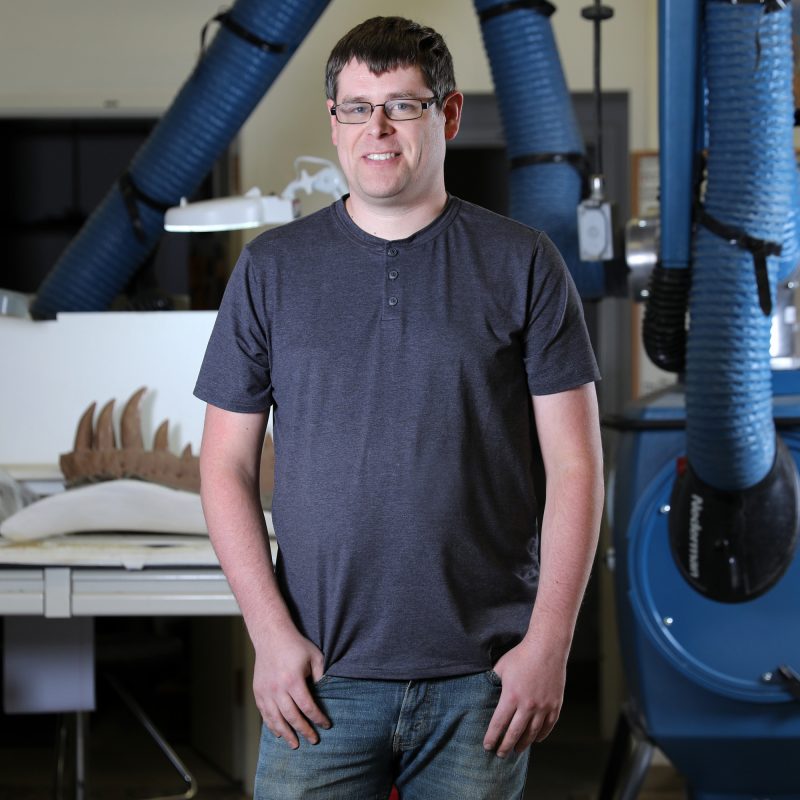 Levi grew up in the small town of Tamarack, Minnesota, and spent much of his time outdoors, reading dinosaur books, and putting puzzles together. His early interest in puzzles helped develop the skills that Levi would later use as a fossil preparator. In 2008 he moved to Denver, Colorado, and attended a two-year paleontology certification course offered through the Denver Museum of Nature and Science. While in Denver, Levi learned more about geology and paleontology and began to hone his skills in different fossil preparation techniques.

In 2011, Levi began volunteering with MOR's Paleontology Department and helped excavate dinosaurs throughout much of Montana, including duck-billed dinosaurs from the Two Medicine and Judith River Formations, long-necked sauropods in the Morrison Formation, and Triceratops in the Hell Creek Formation. He spent several years preparing dinosaur bones and helping to train new volunteer preparators in the Bowman Dinosaur Viewing Lab.

In 2019 Levi began working on the preparation of a variety of specimens, ranging from tiny microvertebrate jaws to large dinosaur bones, as part of a National Science Foundation-funded study of fossil preservation. In his role as Assistant Fossil Preparator at MOR, Levi spends his days working on ancient puzzles - piecing together the remains of extinct creatures so that they are ready for research.