The Vikings Begin will feature boat burial artifacts, helmets, swords, jewelry, glass vessels, bowls, and more. The collection of artifacts comes from the Gustavianum Uppsala University Museum in Sweden and is making its first-ever tour of the United States.

To understand the story of how the Vikings began, the exhibition explores their relationship with the outside world, their spiritual and magical beliefs, the role of warfare, the importance of water and waterways, and how trade routes influenced their world. The collection includes weapons for both attack and defense and also smaller treasures such as jewelry and objects of magical importance.

The Vikings Begin is divided into thematic sections on Viking warfare, maritime trade, ship burials, Norse gods, the Baltic Sea, and geopolitical relationships with other cultures. The exhibition will shed new light on how early Viking society was organized, the role of women, and the culture's reach to the East and the West.

The exhibition is based on research by Neil Price, Charlotte Hedenstierna-Jonson, and John Ljungkvist and will tell stories about the society and its people.

The exhibit is produced by Gustavianum Uppsala University Museum. 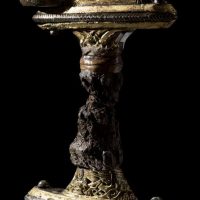 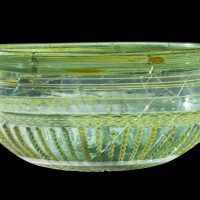 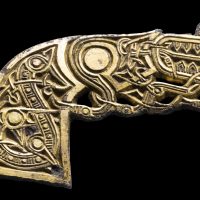 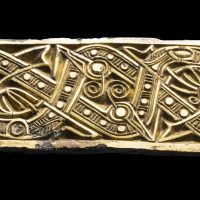 Museum of the Rockies is excited to invite members to join us for an in-person first viewing of the new changing exhibition, The Vikings Begin. An RSVP is not required, and members are welcome to come and go between 4:30 and 6:30 p.m.

MOR is hosting this in-person members-only event due to the recent lifting of the museum's COVID-19 business restrictions. For the continued health and safety of our members, light refreshments will not be served.

This in-person event is replacing the previously scheduled virtual event and the other exhibit areas will not be open during this Vikings exhibition preview.

Chat with a skilled exhibit host while you experience The Vikings Begin exhibit. Our highly knowledgeable docents look forward to engaging with visitors of all ages and helping them gain a deeper understanding of the Viking culture. Schedules may vary due to volunteer exhibit host availability.